Cintia Malhotra is an award-winning, exhibited and published photographer who is active in the international visual arts community. Her work has been exhibited in galleries such as the Los Angeles Center for Digital Art in California, the Atlantic Gallery and Plaxhall Gallery in New York, among others. Her photography has been published in Black and White Magazine, Catch Light (a publication to inspire artists and photographers) and she has been interviewed by the UK-based mobile art/photography on-line magazine, The AppWhisperer.

Much of her photography involves a combination of abstraction and personification to create a narrative for the viewer. The titles are an important element supporting the overall vision. There are also bodies of work that are documentary or street photography in style – still captured through the eye of an abstractionist.

Born and raised in Park Slope, Brooklyn, her family was involved with the local arts community and Cintia was encouraged to explore different art forms. Despite having a visual impairment, she chose to focus on the visual arts. Her eyesight is an important factor in her process. After years of working as a designer and photographer, she then taught workshops on digital imaging, was an adjunct professor for learning institutions in New Jersey and currently teaches graphic art. Cintia holds a BFA with a photography concentration and an MS in Graphic Communications Management from Kean University. She currently lives in Union County, NJ.

I focus on things or scenes that others would normally ignore in their environment – often reinterpreting and placing them under different contexts. It is a form of escapism which goes back to childhood. Abstraction is a natural tendency due to a combination of a visual impairment and a love of graphic art. Though I occasionally work in color, black and white feels natural and allows me to focus on the elements that mean most. At times it is the space between elements that attracts my attention — how they interact, whether by distance or orientation. Their story unfolds and I am drawn into it.

Though my approach stays constant, steeped in abstraction, I often like to explore social issues and reconnect with the human experience by capturing moments of daily life. Sometimes I prefer to draw or paint as a means of stepping away from technology. This respite is important for my vision to be refreshed and focus on a new project.

All images © C. Malhotra and cannot be used without permission. 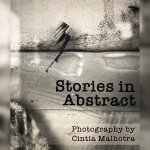 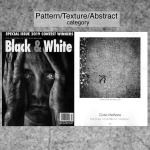 Delighted to share a recent podcast I was invited to participate in by Joanne Carter, creator of @TheAppwhisperer website. I really enjoyed our discussion and hope you find something entertaining and/or interesting about it too. It’s been quite a journey so far — and we need to keep moving forward...
A peaceful place to rest my mind, myths in shadow series...
Pulled a heartstring and wrapped it up for later.
Loading Comments...
Comment
×